Our programmes and activities integrate opportunities to learn directly about the environment, with opportunitie to enjoy and harmonize with the calm and peaceful forest atmosphere.

As an instution for non-formal education PPLH implements its programmes and activities as an open, relaxed and seious learning process. Our programmes are a combination of study, recreation, and tourism an we seek to cater for particular interest of participants. An important focus of all our programmes is exploring how participants can make real contributions to conserving their own environment. With a very limited land area, the initially barren and arid location is now transformed into a miniature tropical rainforest. More than 300 species of plants have been identified which labeled as rare plants, until recent time more and more animals that inhabit this artificial forest.

Ecofood, the Fresh Healty and Local Alas Restaurant, committed to use all fresh ingredients and completely eliminates the usage of synthetic additives on food. Canned products for condensed milk are restricted, while palm oil and margarine are not used in Alas Restaurant kitchen. The Kitchen Team of Alas Restaurant chooses to use coconut oil and butter milk in refined food and beverage products. Alas restaurant prioritizes the traditional foods. This is also a form of promotion that Indonesia is rich with traditional menu varieties processed from surrounding nature products and using local materials, not imports. Toga, the abbreviation of Family Medicinal Plants (Bahasa : Tanaman Obat Keluarga) is cultivation place for medicinal plants). Toga is a traditional herbal medicine ingredient. This is a natural wealth secret of Indonesia that is critical to be preserved to support sustainability as well as efforts to reduce the community's dependence on chemicals. In addition to support its role as a learning platform for program participants, the results of developed plant products are provided for sale. More than 100 types of medicinal plants successfully cultivated by PPLH Seloliman. This enacts as an information and learning center for farmers and other parties concerning organic farming. The present land and plantation media are used as a pilot material for the application of organic agriculture as well as the platform for environmental education in PPLH Seloliman. Some media that are useable such as: composting houses, livestock houses (cows, goats, chickens, ducks), plant seedling houses, vegetable gardens, and orchards. Vegetable products are used to meet the needs of Alas Restaurant kitchen. This place can also be used as a platform of environmental education for students (elementary, junior high, high school and college), private, government apparatus and the wider community. All lodging facilities at PPLH Seloliman are designed simply, yet comfortable and captivating. The scaffolds of building with the open space design of the bungalows allows a natural air flow, and the atmosphere is flooded with light. Electrical energy demand is supplied from Micro Hydro Power Plant (PLTMH) which has been operating since 1992, with a capacity of 25 Kwh. In addition, Solar Water Heater as a hot shower facility also available at the lodge. PPLH Seloliman also provides Biofiltration (Water Treatment) as a contaminated water treatment before being reused for fish ponds or watering plants. 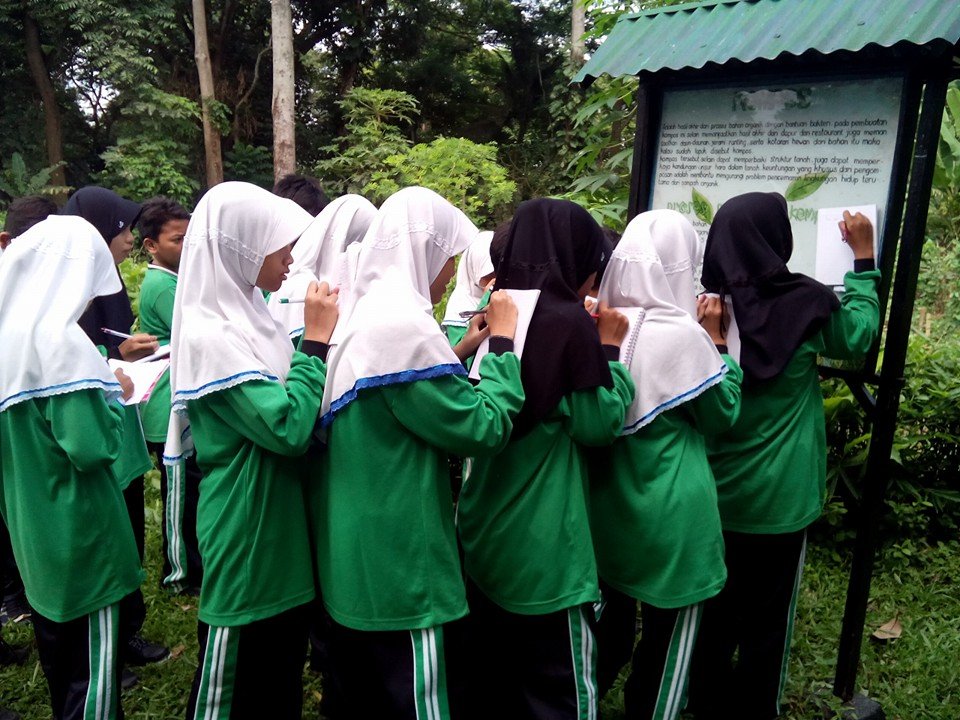 Activities are carried out in a fun way by direct interaction in an open nature. We are expecting these activities can increase our awareness for sustainable environment. The list of activities you can freely choose are composting to reduce fertilizer dependence; Organic agricultural of wetlands to conserve local wisdom; Observation of water quality and ecosystem; souvenirs workshop from recycled materials.

Trekking the Penanggungan rainforest as the heart of oxygen producer and best quality of water springs , exploring the relics of Kahuripan Empire’s  Jolotundo temple which built in 899 Saka or 877 AD.

2. Ecotourism Education with trips to villages, terraces and PLTMH

Observing the culture of the villagers, how they plant traditional rice, villagers rituals, local art, to trace the rice paddies where you will be excited by the vast landscape of rice fields with the fertile soil called "Ubud Selo". After that, a visitation to Micro Hydro Power Plant (PLTMH) as village’s sustainable technology in an effort to preserve the forest, and utilizing water as electrical energy source. A more challenging activity is to see the sun rising from an exotic place at 1653 masl on the top of Penanggungan Mountain. Penanggungan in Old Javanese literature means Pawitra = Fog. According to UI (University of Indonesia) professor, Prof. Aris Munandar, Penanggungan is believed as the place of the God’s spirit so that the mountain is often misty. He also explained that Mount Penanggungan is the top of Mahameru mountain which is cracked due to tragedy of Jambu dwipa to Java dwipa.

For this activity, professional guides are available and it takes around 4-5 hours of trekking time. While trekking, numerous of heritage sites can be found scattered in trek pavement with punden berundak shape (terrace or double trap that meets to one point while each of the terrace gets higher in position).

So, what are waiting for? Come to PPLH Seloliman! For information about the Accommodation Packages and more information click this Link